I have had many requests for the instructions on how to paint a gingham ceiling like the one that I did in my master bedroom and bathroom.  This gingham pattern adds interest to the ceiling and looks so much like fabric that a lot of people ask if it is.

Click Next to find the step by step instructions for how to paint a gingham ceiling.

What You Need To Paint A Gingham Ceiling

3 colors of paint – 1 lighter, 1 medium and 1 darker tone in the same color (I used 3 from the same paint card which ensures that they have the same color undertones) 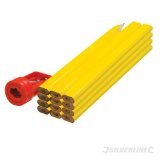 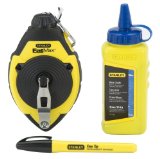 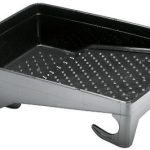 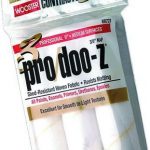 The first step to creating a gingham ceiling is to paint the ceiling with the background color.  This should be the lightest paint color that you have chosen.

It may take 2 coats of paint to fully cover.

Step 2:  Paint Stripes In One Direction

1.  Decide how wide you want the gingham stripes to be.  I chose 9″ mostly because that was the width of the paint roller.

3.  Mark this point on both of the end walls.

5.  Mark where the two sides of the stripe will be at each end of the ceiling.

7.  Repeat the chalk line mark for the other side of the 9″ stripe.

8.  Repeat the chalk line every 9″ across the ceiling.

9.  Paint the stripes with the medium color paint.  Since I have a popcorn ceiling, I did not tape the lines but used the roller to paint between the lines (I figured since it was supposed to look like fabric, it didn’t matter if the lines were perfectly straight anyway).  If you don’t have popcorn on your ceiling, you could tape along the lines to make it easier to paint.

10.  If necessary, you may need to do a second coat of paint.

Step 3:  Paint Stripes In The Other Direction

After the first set of stripes have completely dried, repeat the Step 2 instructions to create stripes going in the other direction.

Step 4:  Fill in the Cross Points

Once the paint for the stripes has dried, you are ready to complete the look by filling in squares where the medium colored lines cross.

1  Use a straight edge to draw the lines for the squares where the lines cross.

2  Paint the squares with the darkest color of paint.

Comments or questions about How to Paint a Gingham Ceiling?  Tell us in the section below.