It’s hard to believe that 2016 is almost over!  Time to look back over the past year and see how far we’ve come.

This little blog has grown quite a bit…from about 9,000 visitors in the month of December 2015 to 40,000 visitors in December of 2016, and from a few hundred followers on Pinterest to over 22,000 (click here to see our boards)!  And I am so thankful to all of you for making that happen! I haven’t quite reached my goal of making this my full time job, but it’s certainly heading in the right direction! I will be making a few changes in the New Year that will hopefully continue that trend so watch for more to come on that.

In the meantime, it’s always fun to look back and see what the most popular posts were for the past year.  There were 3 that were repeats from last year (Jello Shot Recipes By Color, The Traditional Tea Party, and Halloween Lighting)…I’m putting them on the “Honorable Mentions” list so we can have a whole new list 🙂

#10: Easy and Inexpensive Ways To Decorate For Christmas

Given that holiday-related posts (such as this list of 10 easy and inexpensive ways to decorate for Christmas) are only popular for a short period of time during the year, it’s quite impressive that this post made the top 10 list.  Seems like a lot of people are interested in making their holiday decorating lives simpler 🙂

#9: Glow In The Dark Halloween Decorations

In recent years, Halloween has become more than just a candy and costumes holiday, with Halloween purchases totaling over $8 billion in 2016 according to the National Retail Foundation.  Which probably explains why this post on how to make glow-in-the-dark Halloween decorations is number 9 on the From House To Home top 10 posts of 2016 list.

Getting away from the holiday decorating posts, #8 has a bunch of easy to implement ideas on making a small room look bigger than it is.  And if you have any small rooms in your house, you can probably find something in this list that will help with the illusion of more space.

This simple way to add easy-to-access utensil storage in your kitchen has been a big hit on hometalk.com (click here to see my hometalk page), with over 2.6 million viewers so far!  If you like DIY projects and haven’t been to the Hometalk site, make sure to visit.  They have a ton of ideas on every topic imaginable!

It’s no secret that I love rain chains!  I would like to replace all of the downspouts on my house with them…but they’re a little expensive for that, so I decided to make my own.  And apparently, a lot of other people want to know how to do that, too…these DIY Rain Chain instructions are number 6 on the top 10 posts list for 2016.

Even more than wanting to know how to make one, people want to know what the heck a rain chain is…and I am more than happy to explain…

When I was planning my New Year’s Eve party last year, I thought that using the Great Gatsby as inspiration would be a fun idea.  It seems like a lot of other people think the same thing…my list of Great Gatsby party ideas was the 4th most popular post of 2016.

#3: Bushes To Plant Under Trees

They say that gardening is the most popular hobby in North America.  So when my mother posted her list of 10 bushes to plant under trees (including that stunning Japanese peony), people couldn’t get enough!

#2: How To Make a Feather Centerpiece 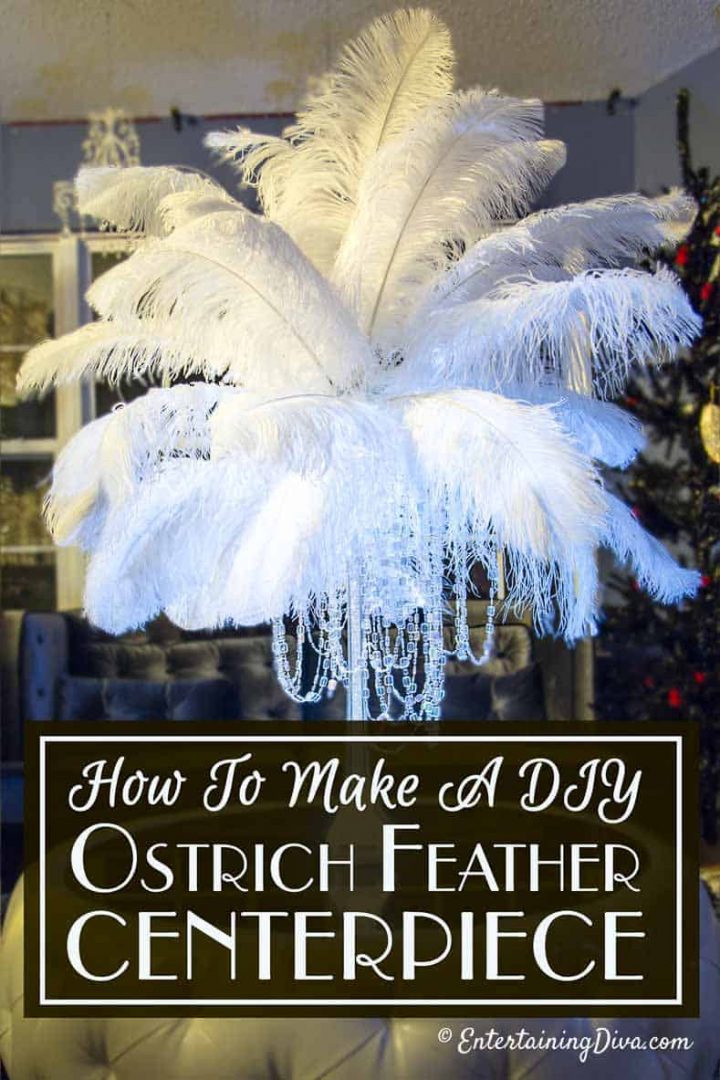 I first saw one of these feather centerpieces at a wedding and thought it was a great way to add drama to the decor.  So I wanted to use them at my next New Year’s Eve party (which you can see HERE).  Then I found out that people were paying more than $200 for one of them, and decided to make my own.  And a lot of other people must want to save that money, too…the tutorial for making a feather centerpiece is #2 on our Top 10 list.

And now for #1…drum roll please…

As you may (or may not) know, I live in a builder grade home and I am always trying to find ways to make it look more “custom” than it actually is. Since I don’t want to spend a ton of money, I try to come up with ideas that look like they cost more than they did…and that’s where these 10 Ways To Make Your House Look More Expensive came from.

Apparently a lot of other people also have this dilemma, since this was the top post for 2016!

I hope you have enjoyed the recap, and I am looking forward to even better posts and ideas in 2017!

If you’re looking for more of the “Best of 2016”, click here to check out the Top 10 link party at Southern Hospitality.

Have suggestions or ideas for posts you would like us to do in 2017? Tell us in the section below. You never know…your idea may be on the top 10 list next year!